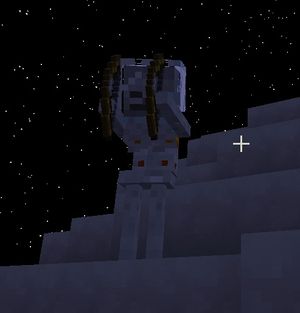 An Evolved Skeleton on the Moon

Evolved Skeleton is a hostile mob that the spawns on the Moon and Mars. They are slightly taller than their Overworld counterparts. They appear to be wearing two medium oxygen tanks, and oxygen gear and helmet. They have two bows.

Likely most of Minecraft hostile mobs, they will spawn in dimly lit areas except on Space Station and vanilla dimensions. They also will burn in sunlight.