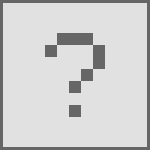 This page is about one of the components used to create the Galaticraft Spaceship, the Nose Cone.

The Nose Cone is crafted with one Redstone Torch and three Heavy Platings.